One of the main things I was really nervous about during my trip was how the hell was I going to meet people while traveling alone. I’m a pretty chatty person to begin with, but this was going to be a little bit more challenging for me…And I like challenges! So here is the “Be My Friend Starter Kit” that I’ve compiled for anyone embarking on a solo trip soon or just trying to be a little bit more social!

A simple “Hi there!” is a surprisingly easy conversation starter.

Smiling also helps. I feel like when I travel alone I subconsciously put on a “Don’t Talk To Me” face so I don’t get messed with (Thanks NYC), but I think that’s also just how my face looks so…yeah. Smiles are inviting, though! Try it out!

Do the group tours that your hostel offers! I can’t recommend that enough! They’re almost always free and it’s a fabulous way to meet other travelers!

Things I Actually Said To People That Seemed To Work

“Is this the line where we wait for tickets?”

“Want me to take a picture of you guys? … Of course, no problem! Where are you guys from?……..Woah, no way! That’s amazing! I haven’t been there yet, but it’s definitely on my list.”

“Hi, sorry, would you mind taking my picture?”

“Well, I live in New York City, but I’m from Las Vegas… Haha Yeah, people do actually live there!”

“Do you have any suggestions of things to do in town?”

“So what brings you to [enter city you are visiting]?”

“Hi, is anyone sitting here?”

The People I Met While Traveling

Dan from Dallas, Texas! We met on the free walking tour in Berlin and he was also traveling alone. He asked me take his picture and then offered to take mine and there ya go!

Pras from Cardiff, Wales! He was also on the free walking tour by himself and we started chatting after he overheard Dan and I talking about solo travel. Pras is Sri Lankan but his family fled to Whales when he was child. He studies chemical engineering at the University of Bath in Bath, England but is currently doing a semester abroad in Hamburg, Germany.  But here’s the kicker… He is conducting research on how to create natural energy sources from wheat straws. HOW COOL IS THAT?!?! After our tour was over, Pras and I went to the Holocaust Memorial Museum together and chatted more along the way. It was really nice having someone to talk to finally, and he was such a sweetheart. He needed to head out after the museum because he was going back to Hamburg so we hugged and I said, “Well…. Good luck with all of your studies and I hope you have a great life!” I actually said that to him and it sounded weird saying it out loud, but I meant it! I will never see him again and I really do hope he has an amazing life. I wish I had asked him for his Facebook info so we could keep in touch or something, but I felt awkward. Lesson learned.

Eloise from Melbourne, Australia! I was sitting in my hostel’s dining area all alone and there was a girl sitting next to me who was also alone! We started chatting and I learned that she left university after a year or two because she just didn’t know what she wanted to learn about or study and so she worked in retail for 3 years to save up and travel. She is now on a 5-month adventure around the world with her Aunt, and I think that is absolutely amazing. Saving up for an extended trip like that is definitely on my bucket list.

Taylor from Houston, Texas! Taylor works on an oil rig in Texas and came to Europe because he was tracing his ancestors back to Poland. Check out his adventures here at http://towncalledturek.blogspot.de

Nick from somewhere in Canada! I’m not sure what Nick does, but we met on the beer tour that our hostel group went out on and we instantly connected over our love for Grey’s Anatomy. I couldn’t believe it.

Bastian, Josef, and Julian from Bavaria, Germany! Just three German dudes on holiday. I also met them on the beer tour… They weren’t super talkative. But I tried!

Lindsay from London, England! She quit her job and didn’t what to do after that… So she’s been traveling for three months!

Adam from Slovakia! He worked the front desk at the hostel I stayed at in Prague and had the most epic beard ever. And when I checked in on my first night, he gave me a little origami bird he had been working on! Funny enough, he played football at Iowa State for a couple years before injuring his shoulder and losing his athletic scholarship, so he came to Europe and is now majoring in journalism in Prague.

Brent (also) from somewhere in Canada! He was another employee at the hostel in Prague and was the one who took us out on the beer tour. I asked him how he ended up living and working in Prague and he explained to me that while he was backpacking Europe for 9 months he started running low on funds and began painting the rooms and common areas of hostels. When he got to this hostel in Prague, the man in charge asked Brent to take a group of people out on a tour and was hired on the spot! He’s been there for 2 years now! Or maybe 3… Anyways! The point of the story is, you never know what opportunities will present themselves to you! Life is funny like that.

Esther from somewhere in the middle of England! She was childhood best friends and is still very close with Ella Henderson. You know that song ‘Ghost’?…”I keep, going to the river to pray, ’cause I neeeeeed, something that can wash out the pain”…Yeah, that’s Ella Henderson! Small world!

Rahul from Los Altos, California! Rahul graduated from U.C. Berkley last semester with a degree in computer science and is traveling Europe for a few months before he goes to India for two years to teach English! How cool!

BOOM. There you have it. Try these out and see how it goes! They worked for me! After the first few interactions you’ll feel like a natural. I am so happy that I was able to step out of my comfort zone a bit and meet new people. Honestly, that’s probably the coolest part about traveling…Being exposed to different cultures and seeing what life is like for other people around the world.

What has helped you make friends when traveling? Share your tips below!

You may also enjoy: 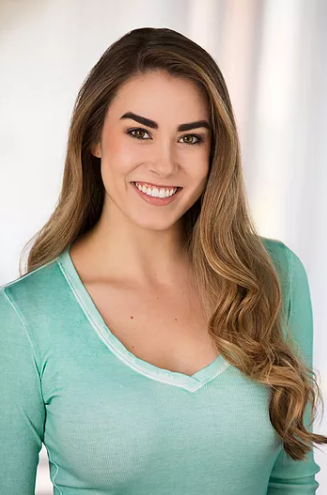 This is a NYC Lifestyle and Travel blog, with some career and dating advice sprinkled in! I am so excited to connect with you. Thanks for taking a look around!